Glasgow's planetarium was launched on 30 January 2002 by Mario Di Maggio and he managed it for three years. The planetarium originally boasted a Zeiss Starmaster fibre-optic projector costing £750,000 - the most expensive planetarium projector ever installed in the UK - sponsored by ScottishPower and motivated by the Astronomer Royal for Scotland at the time, Prof. John Campbell Brown.

Although the Starmaster could only project stars (and not 360° video like the theatre's current system), it projected a perfect night sky, impossible to distinguish from a real night sky. With appropriate background music and inspirational content, skilled presenters regularly moved audiences to tears (see feedback below).

Well-maintained, high quality Zeiss projectors can operate perfectly for 60 years or more. Yet sadly, the GSC Starmaster was retired after only 13 years - apparently because 'it only produced stars and with fulldome video planetariums can deliver much more'. True, fulldome video is the order of the day. Yet a handful of theatres around the world (eg. Hamburg Planetarium and New York's Hayden Planetarium) consider themselves extremely privileged to own both a Zeiss optical-mechanical projector and a 360° video system.

The Glasgow planetarium had the opportunity to join this select group of theatres. The Starmaster was on a lift, so it could easily be moved below the video projection line. In the early days, when we wanted to fill the dome with slide all-sky images (see examples below), the Starmaster was simply lowered, which is how it's done in Hamburg and New York.
Perhaps the real reason for selling off the Starmaster was the annual Zeiss maintenance contract became unaffordable.

What a pity for Glasgow and the UK, because 360° video doesn't move audiences to tears. 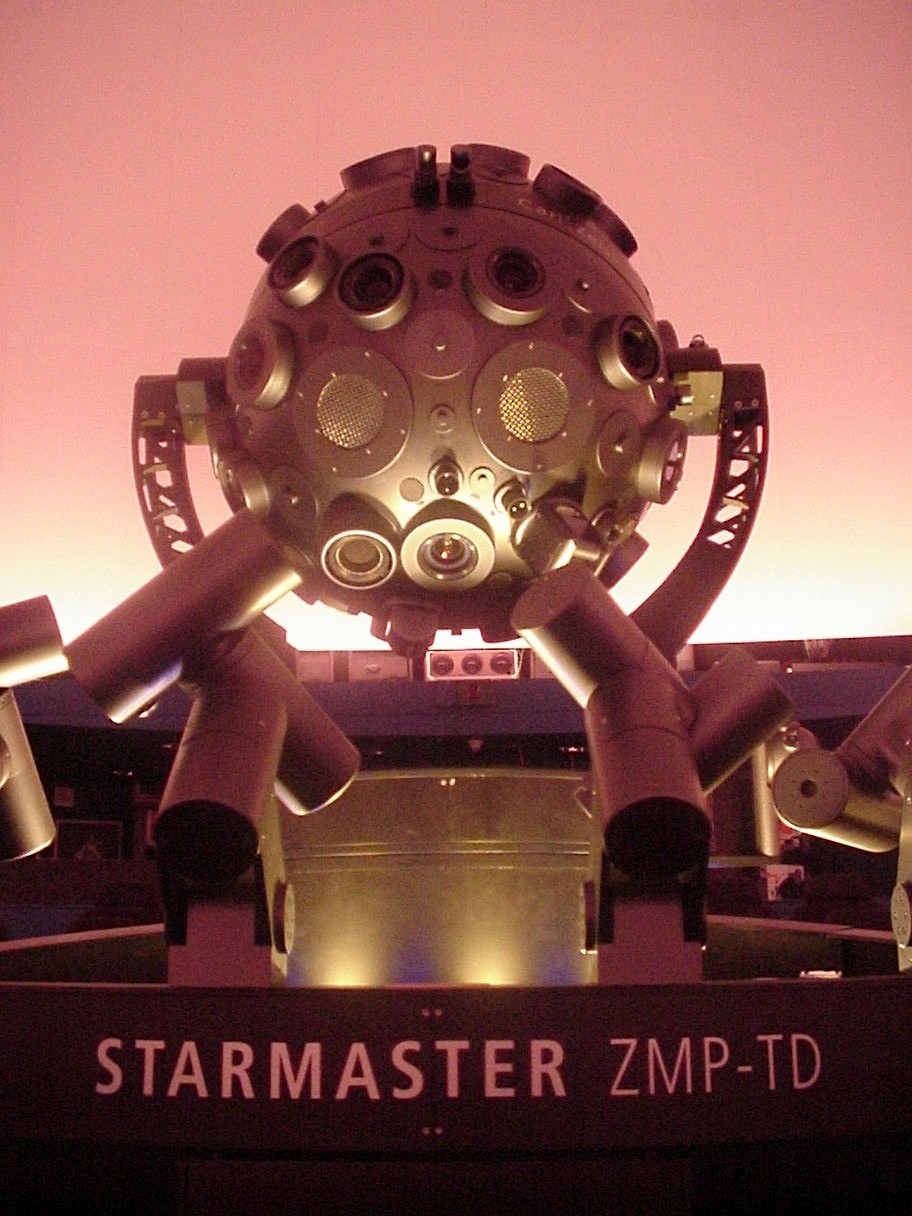 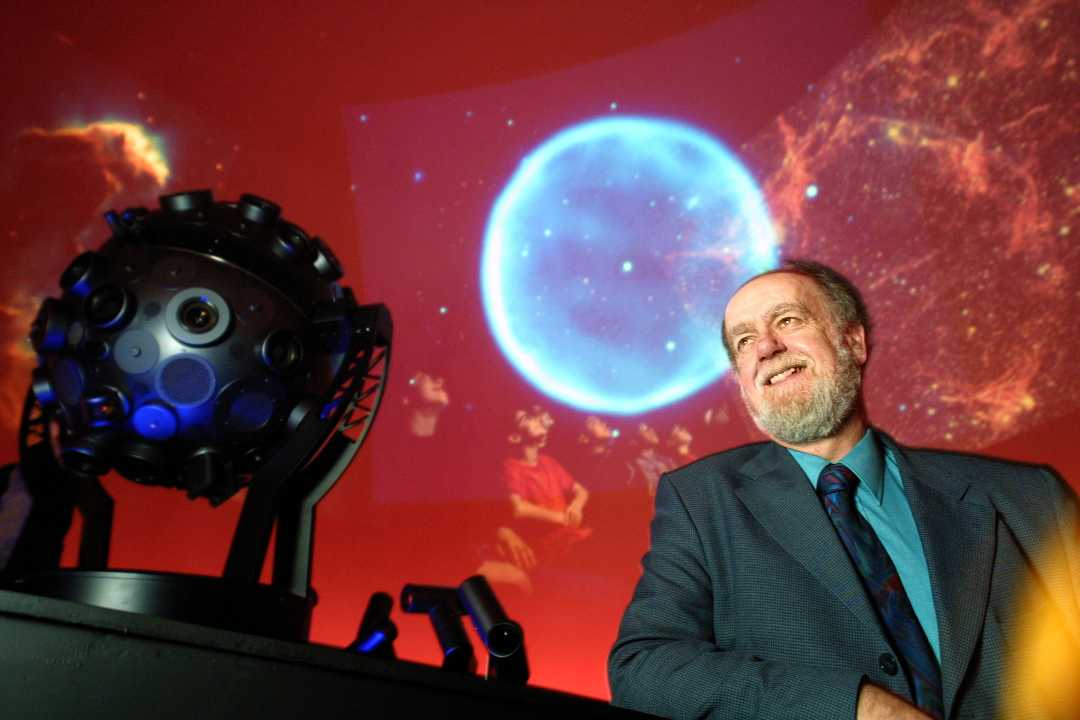 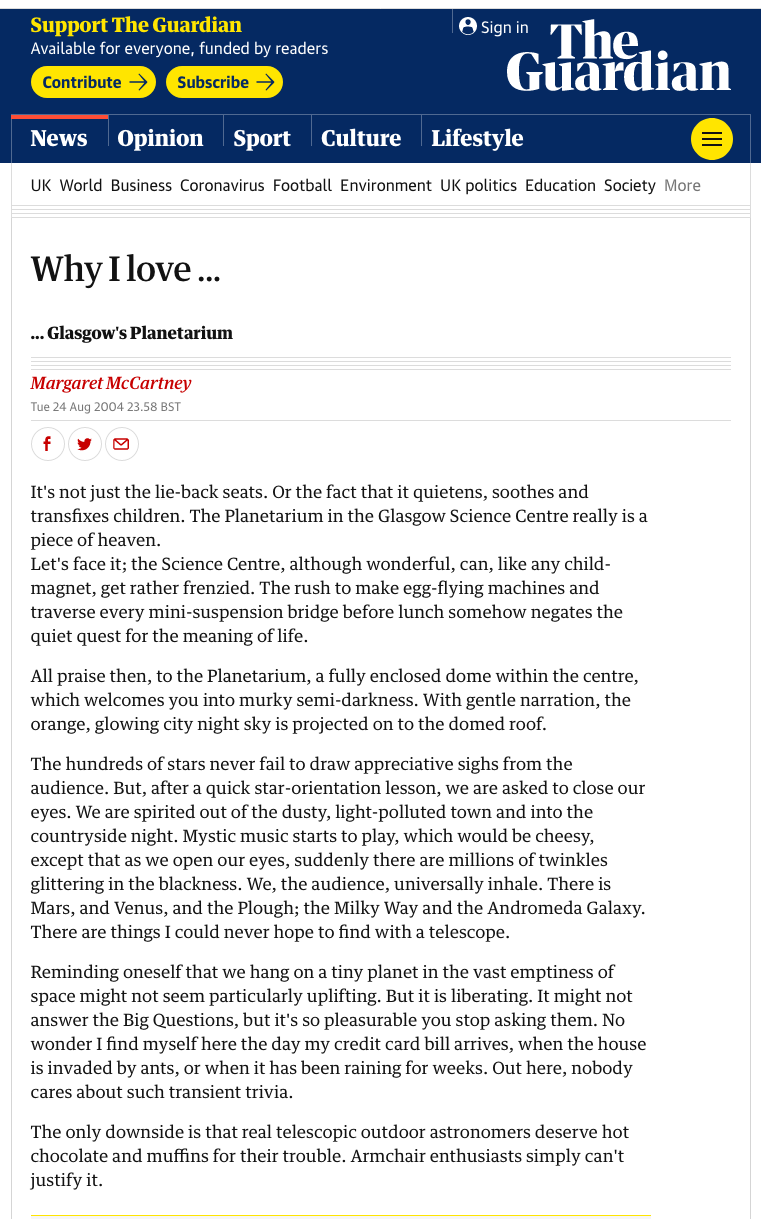 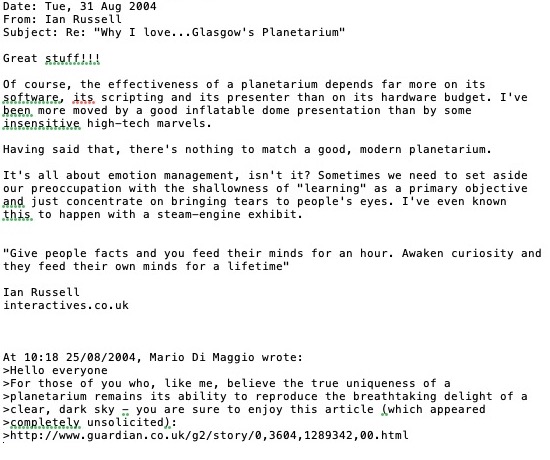 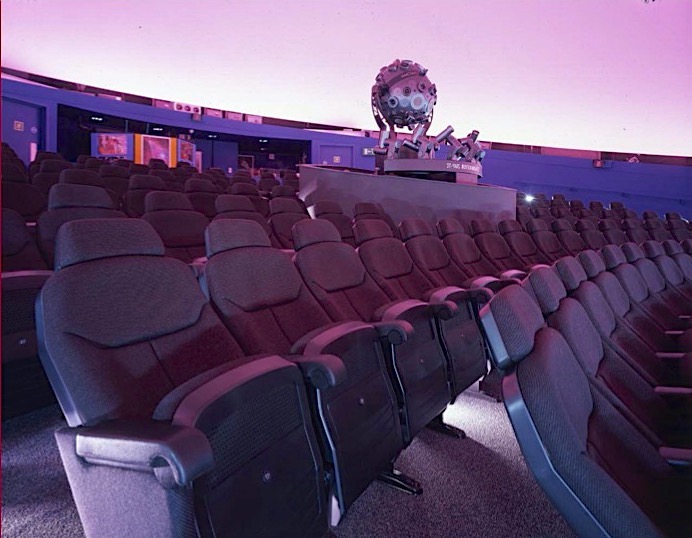 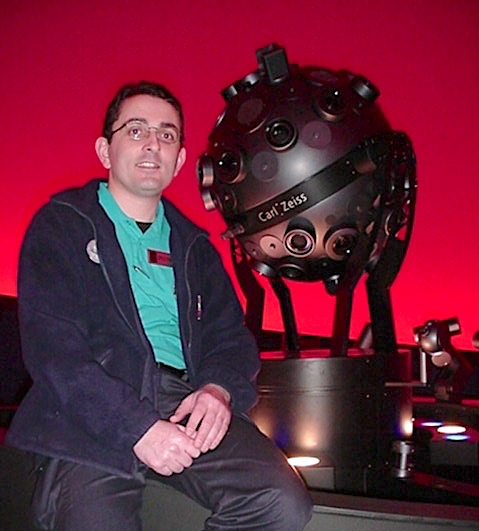 Mario Di Maggio, GSC Planetarium Manager (2002-2004)
In 2002, when the Royal Observatory Greenwich was researching international planetariums in preparation for constructing their own, the ScottishPower Planetarium stood out from the crowd 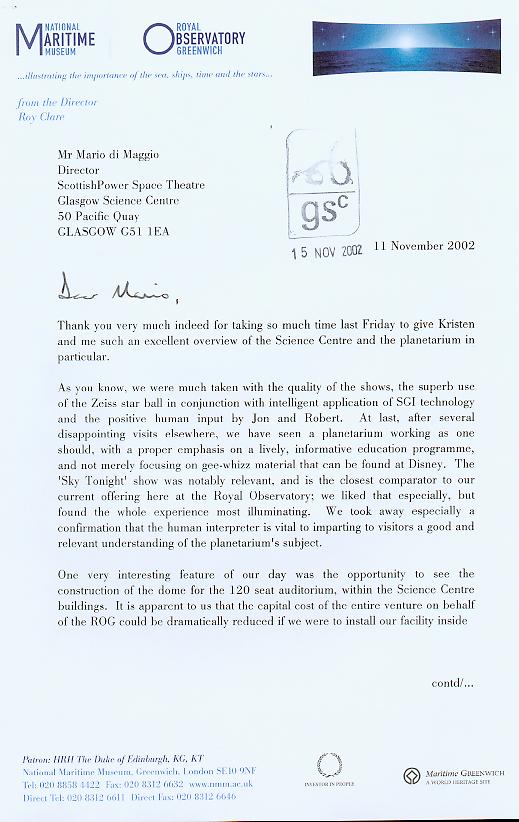 Jon Davies (one of the presenters mentioned in the letter above), describes what it was like to deliver a planetarium show with the Zeiss Starmaster:
"I'm standing very quietly, looking at the backs of 120 human heads. In my right hand I have a laser pointer. In my left, a remote control device.

I nod at my colleague beside me and start to descend the curve of steps around the edge of this, sloping, circular, domed room. My heart rate increases as I step onto the stage and look at 120 expectant human faces. Most of them don't know what to expect.

I am about to leave my body.

I welcome everyone and explain the health and safety fire escape procedures.

I then float into space as I become one with the Cosmos and take the audience with me...we explore, we ooh and ahh, we gasp, I gasp, even though I've been there before, because it is profound!
The Cosmos, the improbability of our existence....

After what seems like forever I reappear on the stage and the 120 humans clap spontaneously as I run up the circular steps to my colleague at the back of the dome. I have a tear in my eye and am emotionally exhausted!

This is what it's like to deliver a planetarium show with a Zeiss Starmaster in a 15m dome. It takes a lot out of you but gives you the affirmation of life and existence. Even though I miss doing this I have it all in my head - the pathways are there and I can revisit them anytime, as I do...

What a privilege it was to work with Mario and the 'A Team', in the Glasgow Science Centre Planetarium in the early 2000s. I'll never forget those days, I relive them regularly, some of the best times of my life..."
- Jon Davies, GSC Planetarium Presenter (2002-2009) 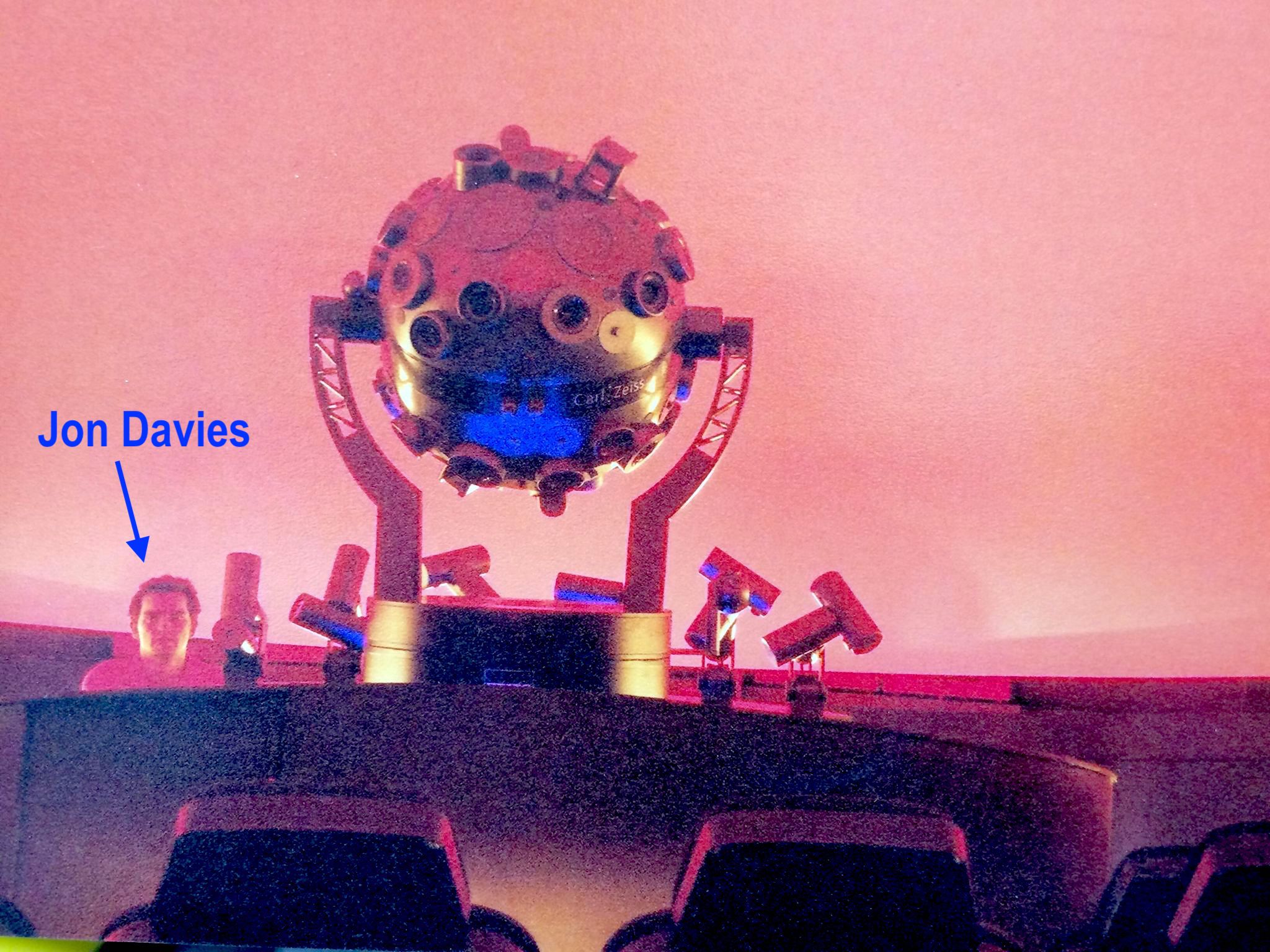 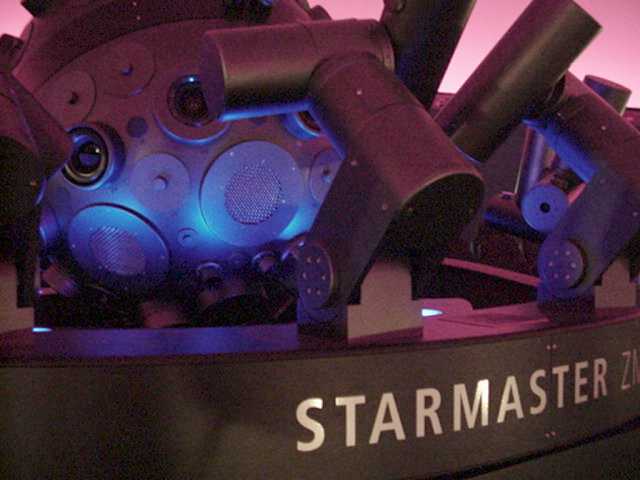 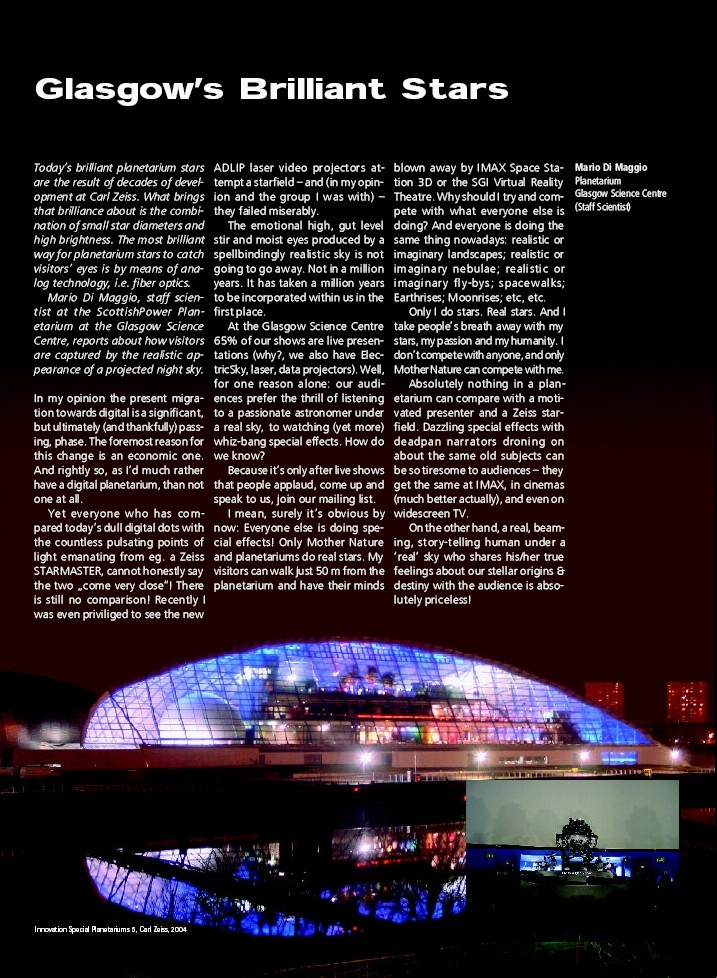 Proof the GSC dome could be filled with 360° images with the Starmaster in place. The all-sky slides below were created in partnership with CosmicSky for the shows The Cosmic Message (2002) and A Celestial Journey (2003) 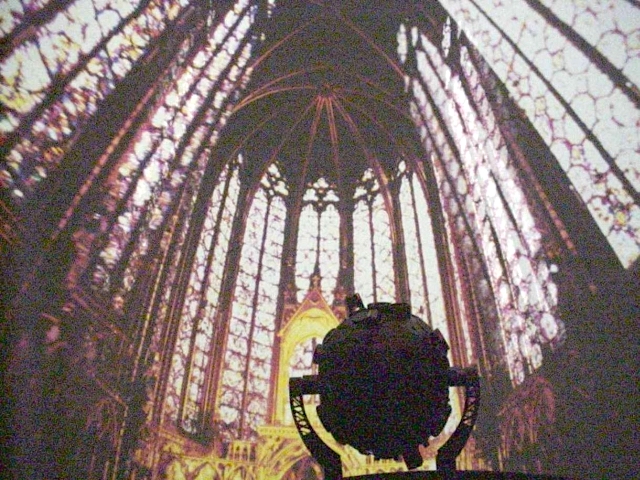 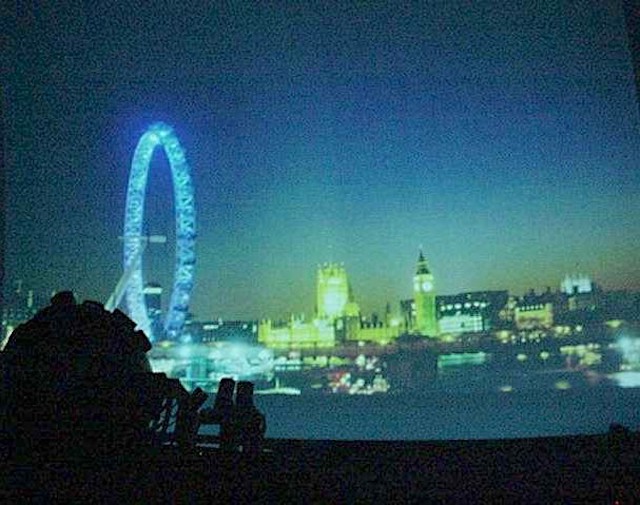 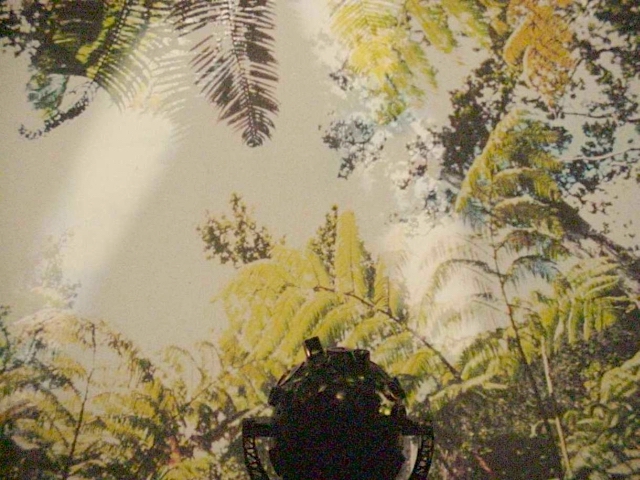 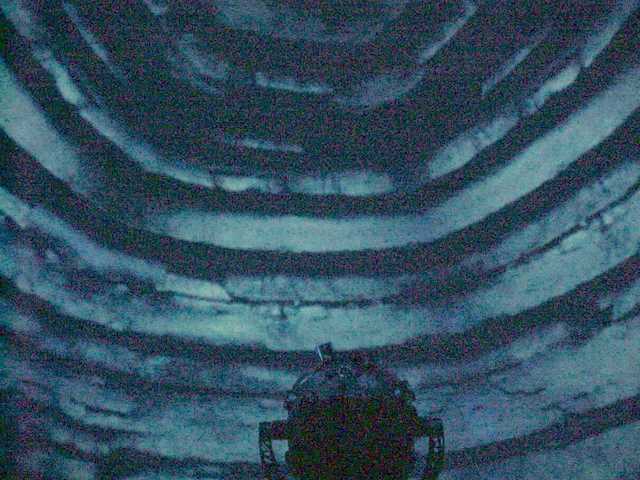 Oh yes, now this is something you can't do with digital stars: find deep sky objects using binoculars.

We hosted the first Binocular Bonanza in September 2004, and as you can see from the list below, the Starmaster projected at least 23 deep sky objects visible from Glasgow alone. Note the local astronomy society partnership and the commercial opportunities this hands-on astronomy show afforded (ie. selling binoculars), as well as the low ticket price due to Carl Zeiss sponsorship. 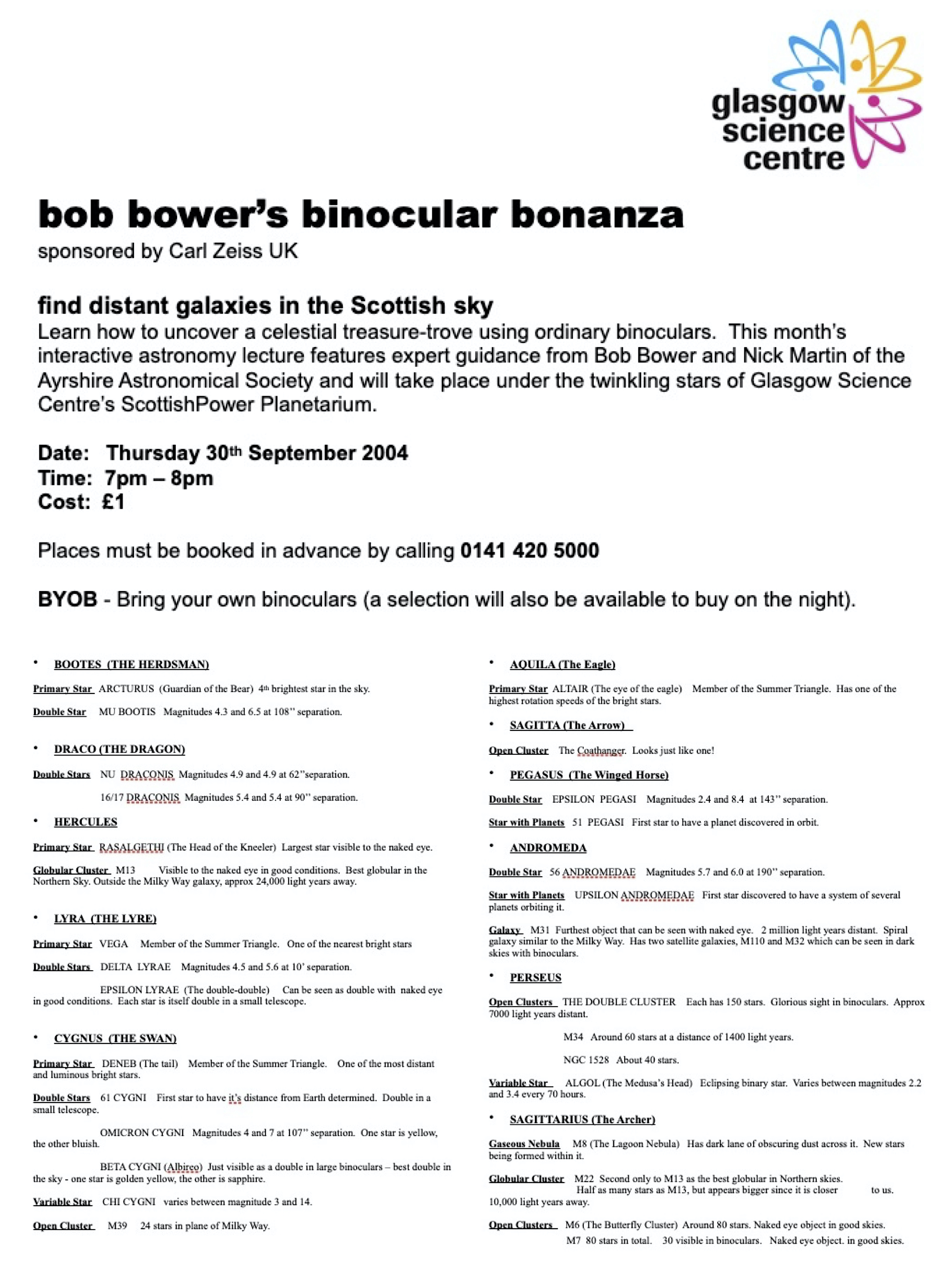 So if you were lucky enough to have seen the original Glasgow planetarium stars (and deep sky objects), consider yourself extremely privileged! 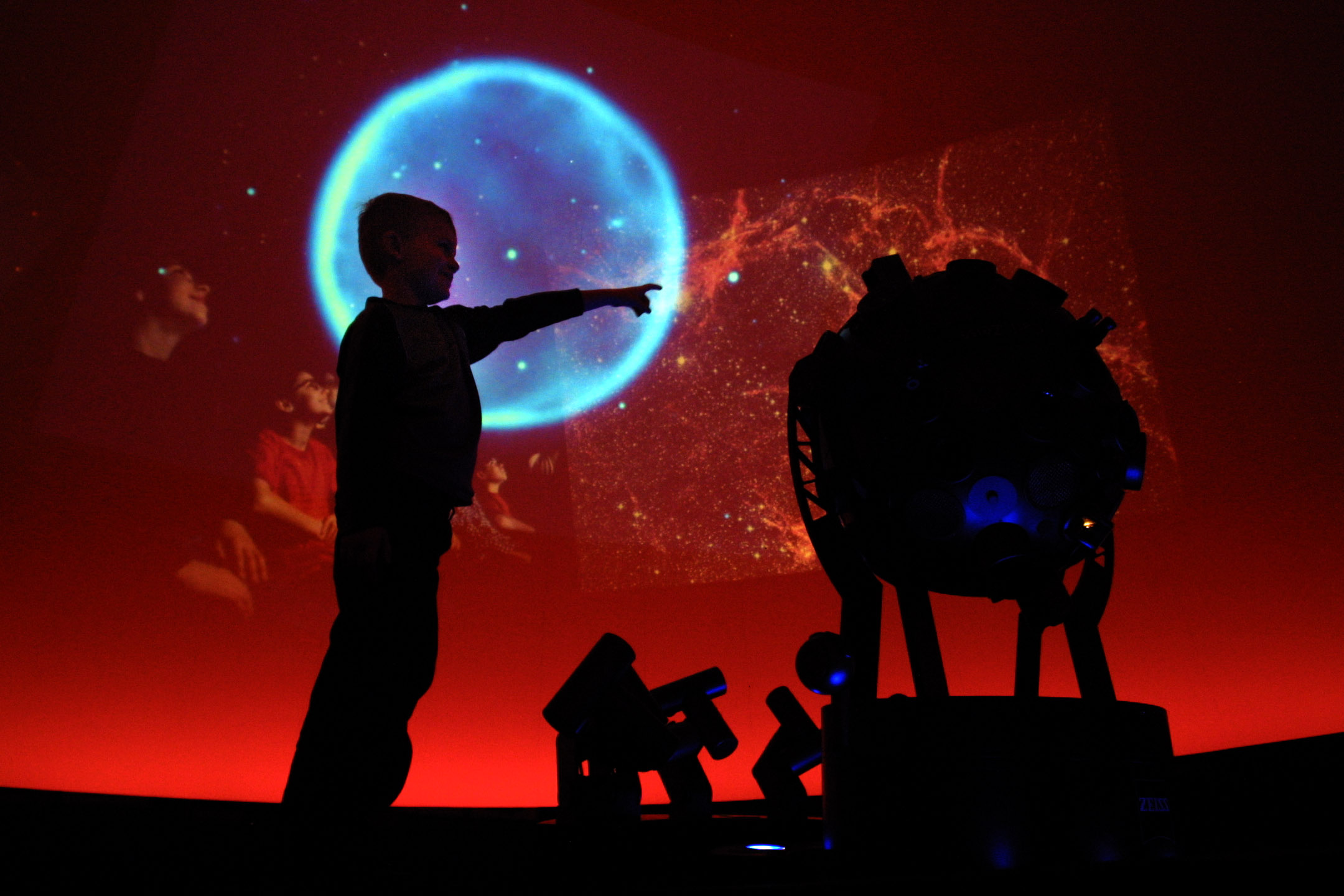