Screen dance (also known as dance film) is an art form involving dance specifically choreographed for the camera. Being a movement language that can only exist on (and for) the screen, it is an evolving art form also known as dance for camera, screen choreography or video dance. In 2007 at Thinktank Planetarium, in collaboration with choreographer Lisa Wetton and video artist Leon Trimble, screen dance underwent a transformation with the invention of a new form: fulldome dance.

"Written on the Body evoked new spatial relationships in dance filmography by using a centrally located fish-eye lens camera and having the dancers perform around it. Their bodies passed over and above the audience, who sat in the camera’s position as symmetries formed around them in a very different world to the upright, frontal view of a traditional cinema. There was a great fluidity to the piece that was a testament to the artists’ understanding of the possibilities afforded by the dome." - Digital Creativity, Issue 1, Vol. 23, 2012

The full 8-minute version of Written on the Body 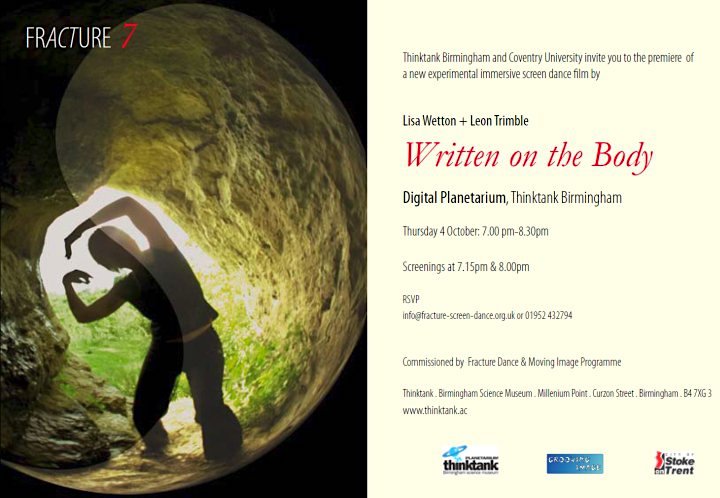 Written on the Body was extremely well-received by Arts Council England officials, Coventry University academics and members of the dance community. Lisa, Leon and I were assured there was much more funding available if we wished to explore this exciting new type of screen dance further.

Naturally Lisa, Leon and I were very keen to do so - yet Thinktank Science Museum management was not ('what does dance have to do with science?').

Happily though, a talented group from Wales was quick to pick up our new invention (and the funding) and formed the highly successful The Dance Dome.
Stills from Written on the Body 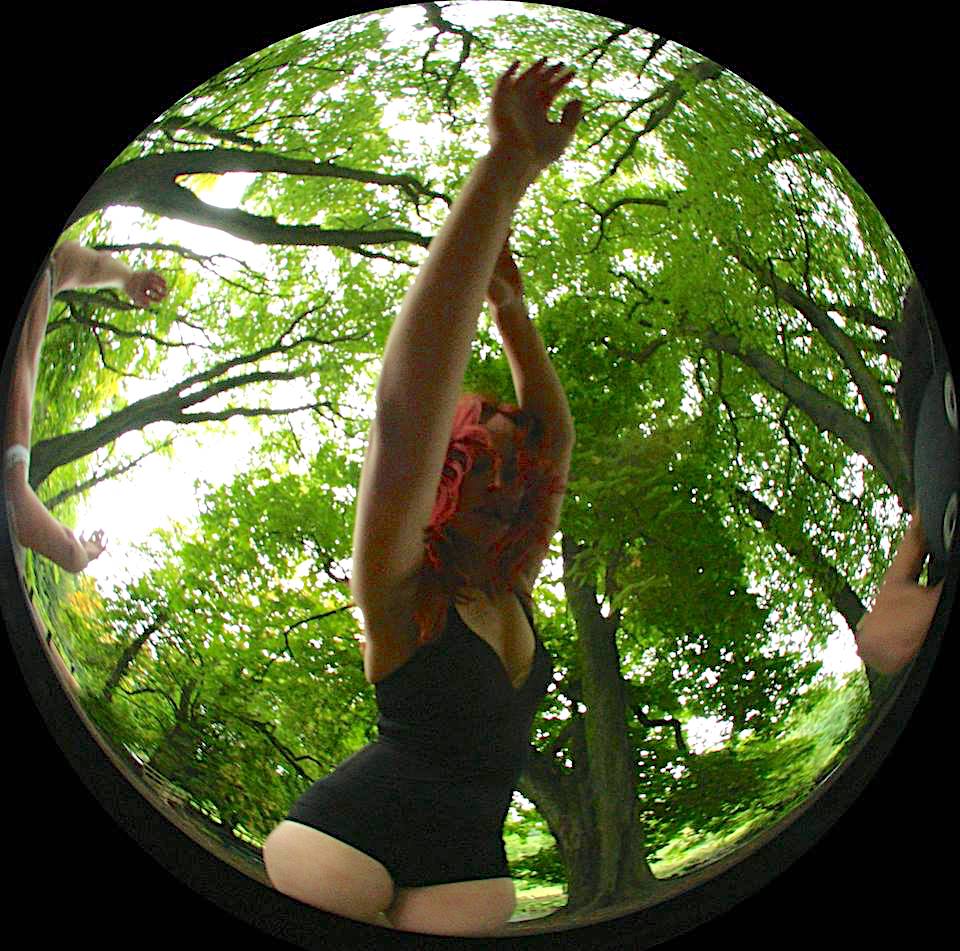 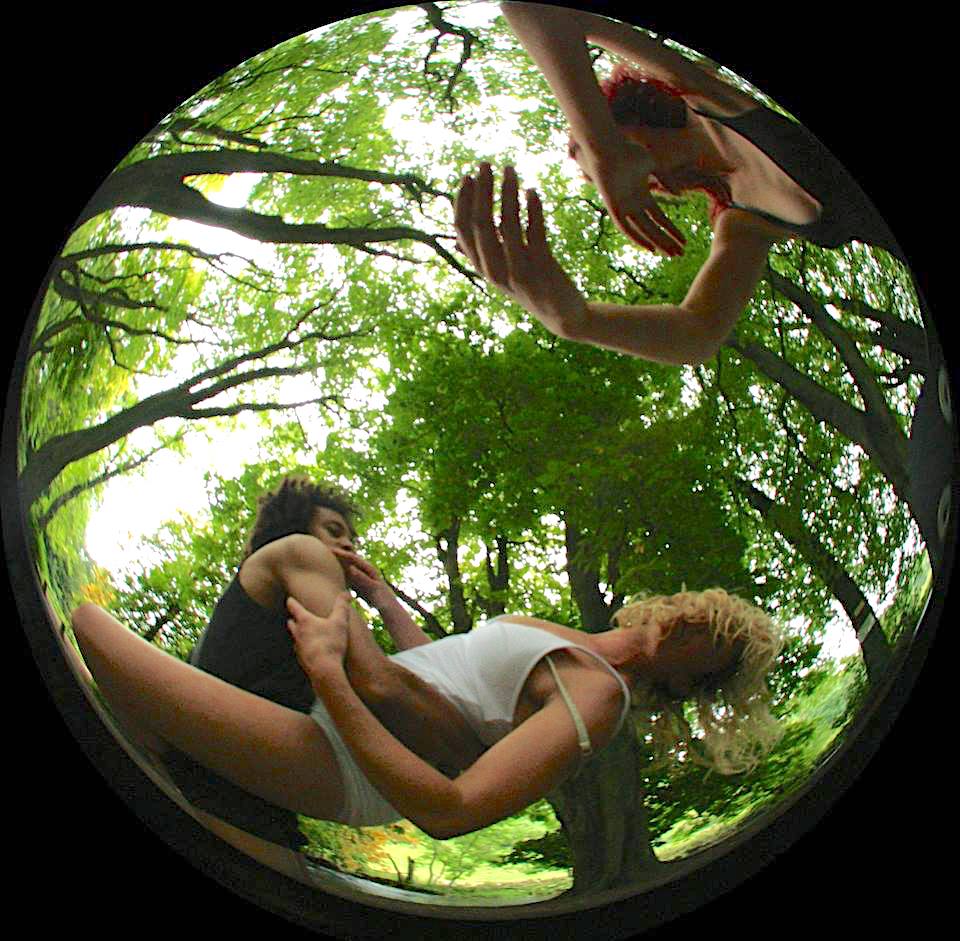 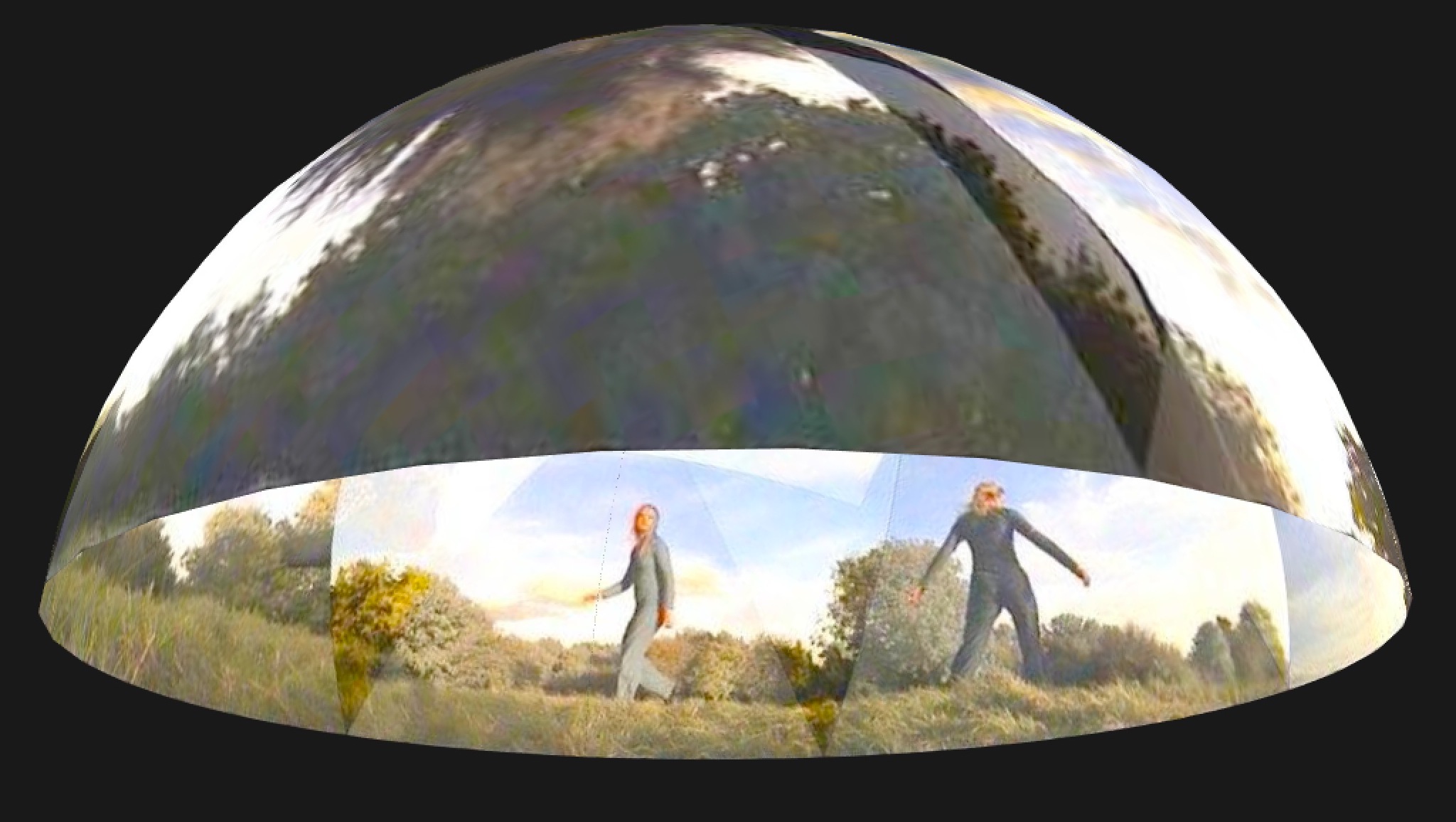 Of course I don't just give up on a good idea simply because short-sighted management colleagues don't 'get it'.
Under the Dome Club banner Thinktank Planetarium partnered with DanceXchange, choreographer Toby Norman-Wright, and video artists Leon Trimble and Chris Vandyke - and with easily-acquired funding - we created four more fulldome dance films:
Dance 360° 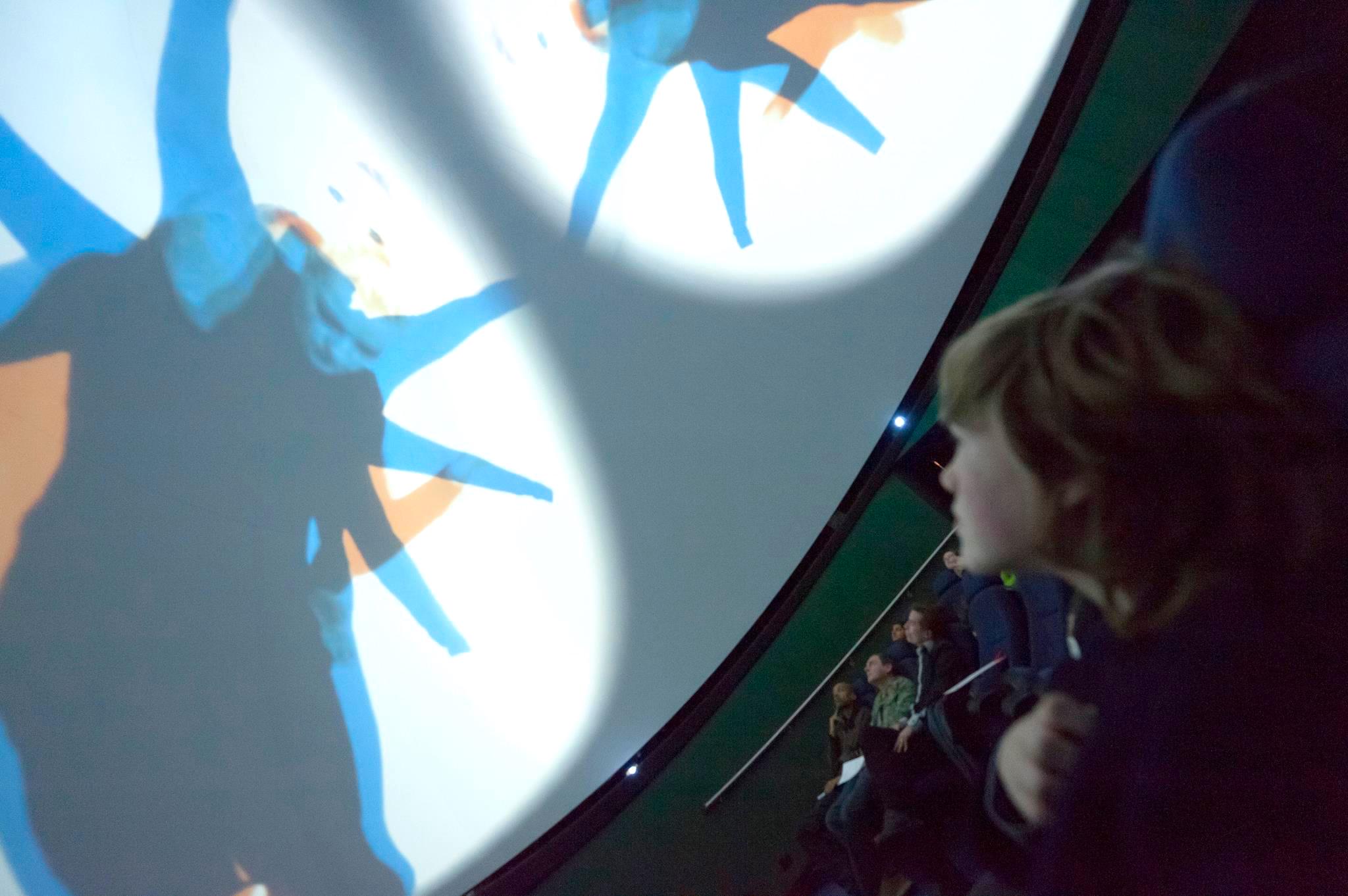 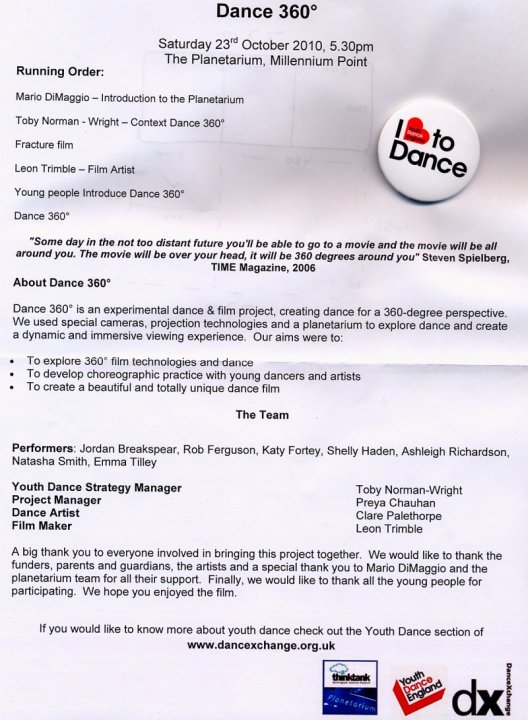 Frames from the film and audience discussion on premiere night 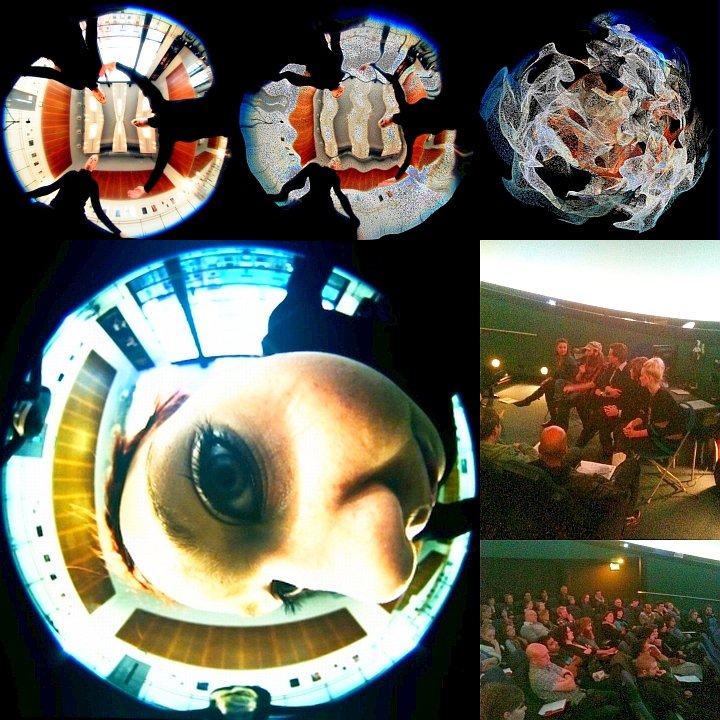 At the dawn of time, the Universe comes into being and star fields begin to take form. The Hindu deity and protector of life Prajapati (recognised as the constellation of Orion in the West) materialises, dividing and replicating into humanity and the animals of the Earth.

Courage
Dancers are uploaded into a computer‘s operating system and race against time to battle a virus and resolve a system error.

Abstracted 360° body movements meet, greet, play and dance together across the dome. This film was selected as a finalist at the 2013 Jena FullDome Festival. 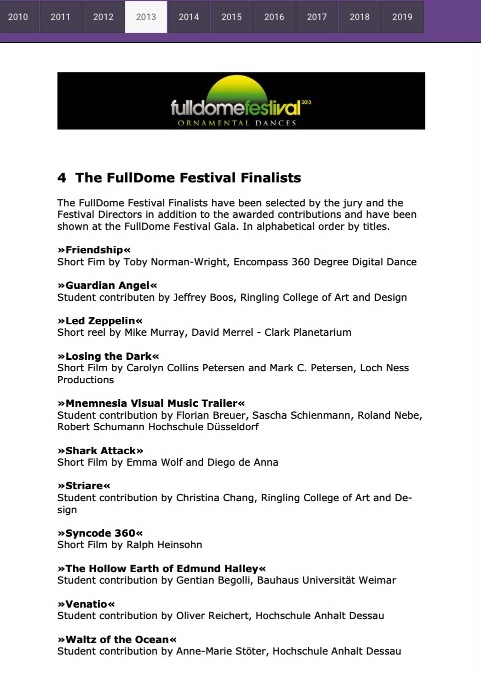 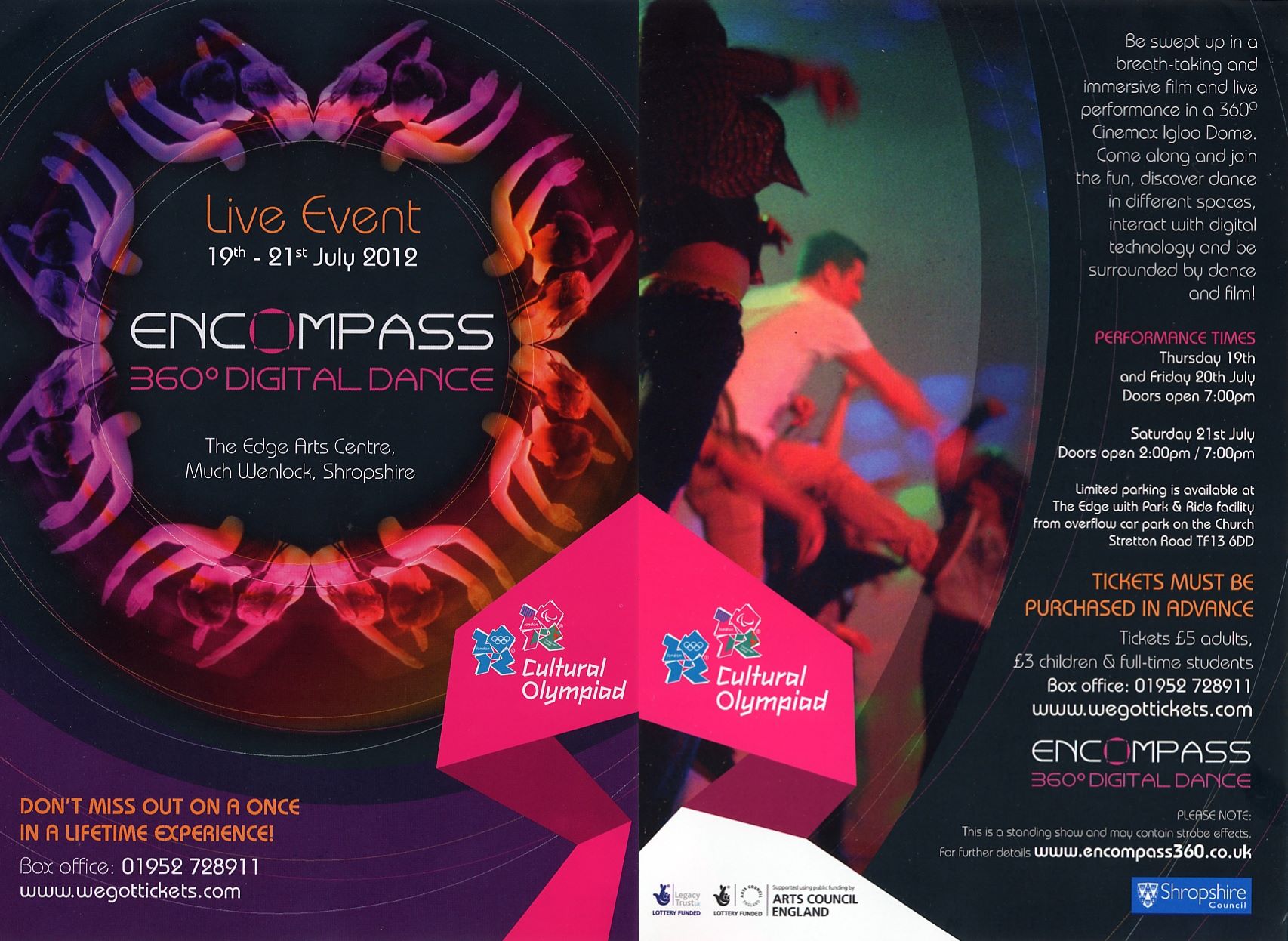 I was extremely fortunate to have contributed towards the invention of a new art form - and to have done so as a science educator in a science museum - was a unique privilege indeed. 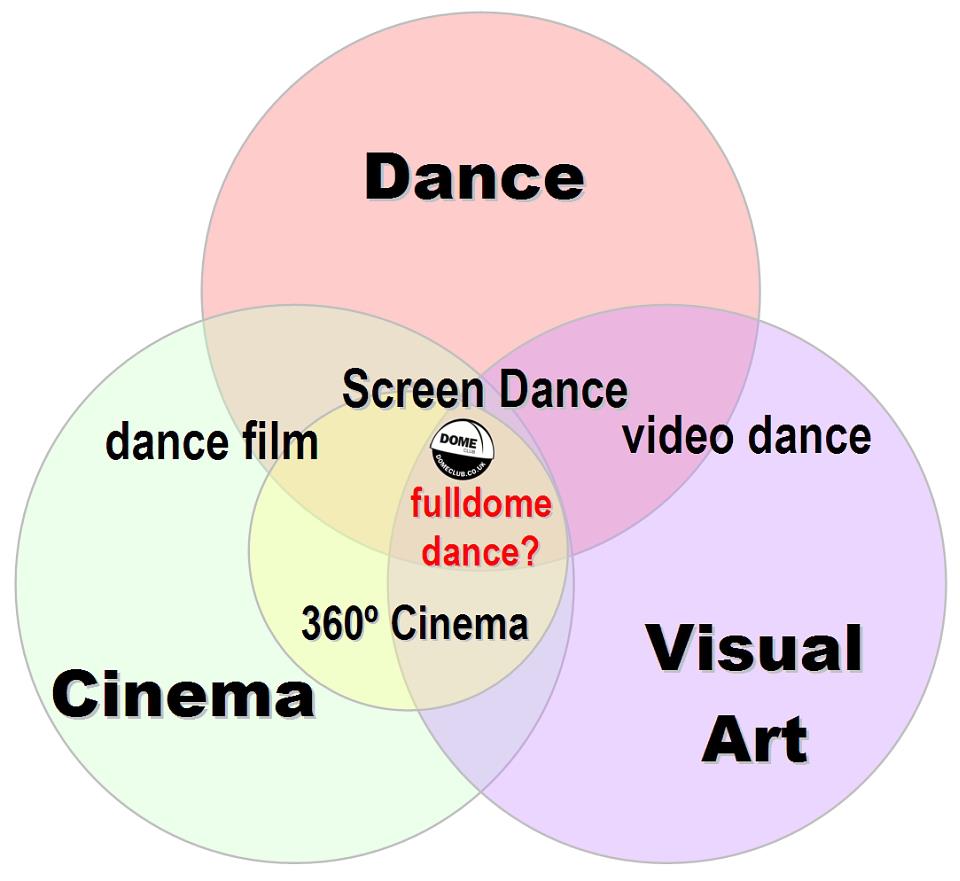